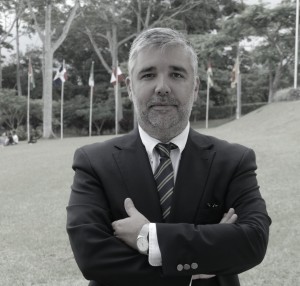 Juan Carlos Sainz-Borgo is the Dean for International Cooperation and Associate Professor of International Law at the United Nations’ University for Peace in Costa Rica. His research interests within the field of international law include International Humanitarian Law and Environmental Law. He has worked internationally, most notably as co-director of the Berg Institute in Spain and as a Legal Advisor with the ICRC in Venezuela. His most recent publication is entitled «El acceso a la justicia en América Latina: Retos y Desafíos» co-edited with Helen Ahrens and Francisco Rojas Aravena.