The recognition of Abkhazia by more States: A way to develop European interests in the South-Caucasus?

The reluctance of the EU to recognize Abkhazia has been mainly driven by the fear of losing the support of Georgia, its main point of influence in the South-Caucasus. Since the declaration of the independence of Abkhazia in 1992, Georgia has claimed the reintegration of the region into its territory and adopted a policy of non-recognition/isolation in order to avoid both its recognition and the development of relations with other States in international society. Meanwhile, Georgia struggled to become a member of NATO and to move closer to the EU, particularly in order to escape from the influence of Russia and face its expansion in the breakaway territories. But since 2008, the non-recognition policy tends to cause adverse effects on Abkhazia and the interests of EU in the South-Caucasus.

The 2008 Russo-Georgian conflict had seriously reshuffled the geopolitical cards between Russia, Georgia, and the EU. Firstly, the attack of Georgia against South-Ossetia blocked it from any integration into NATO for years to come. NATO member States have feared that the entrance of Georgia would encourage it to launch another offensive while using the Article 5 of the Washington Treaty. This was a windfall for Russia, which has always considered the presence of the West/NATO in the South-Caucasus as a real threat to the development of its influence.2Gaïdz Minassian, “Grandes manœuvres au Caucase du Sud” (2008) 4 Politique Étrangère 775 at 777; Laure Delcour, «Le voisinage entre l’Union européenne et la Russie, nouvelle ligne de démarcation ?» (2008) 72:4 Revue internationale et stratégique 209 at 214. Secondly, the fact that Russia remains the only great power that has recognized Abkhazia allows it to monopolize relations in the breakaway territory and to strengthen its presence in the South-Caucasus. Indeed, Russia represents for Abkhazia its only way to reach the international stage, thanks to the many bilateral treaties on trade/security concluded and the issuance of Russian passports for all Abkhazians.

Such a situation has adversely affected the interests of the EU in Abkhazia. First, even if independent and wishing to become the ‘Switzerland of the Caucasus’, that is to say, a democratic/neutral State in the region, Sukhumi, the capital of Abkhazia, remains strongly linked to Russian influence/governance.3 See Minassian, ibid. An example of this is the adoption of the Russian sanctions imposed on Turkey in November-2015, despite the economic disadvantage that this would cause for Abkhazia.4 Konrad Zasztowt, “The South-Caucasus in the shadow of the Russian-Turkish crisis” (2016) 14 (864) Bull PISM at 2. Meanwhile, without an effective Abkhazian army and willingness of States to recognize it, Sukhumi exclusively relies upon Russia’s military forces.5Interview of Cemre Erciyes by Sophie Clamadieu (April 2016) at the Centre for Strategic Studies under the President of the Republic of Abkhazia, Sukhumi. This reliance allows Russia to increase its military presence in the region. Moreover, the continuation of the non-recognition policy prevents the EU from developing its own influence in the region because it pushes Abkhazia to look only to Russia. This allows Moscow the opportunity to maintain its monopoly position and gives it space to further expand its presence in the South-Caucasus. A change in the EU strategy towards Abkhazia would allow it to promote its influence and rebalance its power vis-à-vis Russia in the region. The EU has already conducted humanitarian aid projects6 Danish Refugee Council, Accountability Framework (2016), online : <www.drc.dk/media/1181265/af-drc-in-georgia-proper-and-abkhazia-2016.pdf>. with a view of reducing Abkhazia’s dependence on Moscow. However, these measures were limited by the absence of any recognition since a “few million euros is nothing when Russia offers ‘a future’”.7 Nicu Popescus, EU Foreign Policy and Post-Soviet Conflicts: Stealth Intervention (Londres, Routledge, 2011) at 80.

As previously mentioned, the EU cannot recognize Abkhazia as long as Georgia maintains its non-recognition policy. In the case of a recognition by the EU, Georgia could decide to join the Eurasian-Economic-Union, which would represent its last hope to regain the lost regions – by negotiating an integration into the Union in exchange for the withdrawal of Russia’s recognition of Abkhazia.8 Sinikukka Saari, “Georgia’s Search for the Third Way: Despite a Strong Westward Pull, Georgia Attempts to Improve its Relations with Russia”, online: (June 2014) Briefing Paper 157 Finnish Institute of International Affairs at 5. Therefore, one solution for the EU is to indirectly push other States to recognize Abkhazia. This solution can, however, have very little impact depending on the importance of the recognizing State. It then remains to be seen which States can recognize Abkhazia without fearing of losing the support of Georgia and developing Western values. For instance, while it would not help in expanding EU values, a recognition of Abkhazia by China could help Sukhumi to diversify its economy and reduce its financial dependence on Russia. However, such an initiative would create problems in international law, since no rule exists concerning State recognition and a strict legal framework must be followed in the creation of a State. This could constitute a dangerous precedent not only for the South-Caucasus – where tensions are still ongoing in Nagorno-Karabakh – but also for States threatened by separatist claims.

In conclusion, it is incontestable that the continuation of the status quo in Abkhazia creates adverse effects not only for the breakaway territory, but also for the EU, which is restrained in the development of its influence in the South-Caucasus. Due to the political and legal reasons explained above, the resolution of the conflict seems to rely essentially upon Georgia’s willingness to draw closer to its separatist region. But would Georgian authorities agree one day for such a change in their strategy towards Abkhazia? 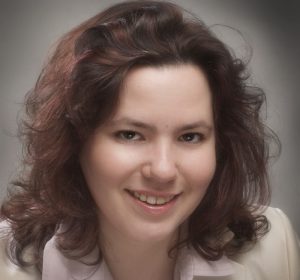 Sophie Clamadieu holds a Master’s degree and a LL. M. in Public International Law from the Centre d’études et de recherches internationales et communautaires (CERIC) of the Aix-Marseille University (France) and from the University of Ottawa (Canada).

After her studies, she worked for the Defence for Mr. Merhi at the Special Tribunal for Lebanon and at the Office of the Prosecutor of the International Criminal Tribunal for the Former Yugoslavia in The Hague. Her research includes criminal justice, international and armed conflicts law, de facto States and hybrid warfare. She is a co-founder of the think tank “Caucasus Initiative”.