Why Pluralism? A Lesson from Greece

Why view the world, many often ask, in terms of legal pluralism? What is the stake and what might we gain by thinking about the world in these terms?

Allow me to use the example of Greece and the Eurozone. I hope readers will not find this too self-indulgent (I come from Greece originally). It is, after all, a story with which I’m sure many people around the world have become very familiar and about which many are deeply concerned.

In 2010, it transpired that Greece’s public debt was such (and it had risen to dizzying heights for a number of reasons) that Greece was unable to borrow from international markets and therefore cover her funding needs. The so-called troika of the European Union, the European Central Bank, and the International Monetary Fund stepped in to act as lenders in order to rescue the Greek economy (each differently motivated to do so). At the same time, however, they demanded an active say in Greek policy-making, especially in fiscal and financial matters, as a way of guaranteeing that they would eventually see their money back. The lenders’ main demands were radical cuts in public spending and extensive taxing of the middle and lower social strata. The harsh austerity programmes were duly passed through Greek parliament, often by sailing very close to the wind in terms of constitutional propriety.

This bailout strategy has consistently failed. The Greek economy sank even deeper into recession, austerity became intolerable, thousands of young people left the country, unemployment kept rising, the legitimacy and effectiveness of the state was undermined, and the political circumstances facilitated the electoral rise of an openly neo-Nazi party.

In January 2015, a left-wing party, the Coalition of the Radical Left (SYRIZA), won a snap election on the promise to reverse all this – to end austerity and to restore democratic legitimacy. The Greek people started feeling that their representatives would at last make a stand and that their voices would be heard. “Hope is coming”, as the SYRIZA slogan went.

The new Greek government entered negotiations with its institutional “partners”. After five eventful months of toing and froing, it all came to the crunch. The lenders tabled a take-it-or-leave-it offer, which simply repeated the same austerity policies and clearly violated the mandate of the Greek government. The Greek Prime Minister called a snap referendum. The question was rather muddled – how could it not have been? The people were being asked whether they accepted a very complex proposal, which many didn’t even have the opportunity to read. The way the question was understood, however, as well as the answer to it, was, I believe, clear. Sixty two per cent of Greeks voted a resounding ‘NO’ to austerity and humiliation. They wanted their voice to be heard. Perhaps naively the Greek government thought that this would make some difference in the negotiations.

That was not to happen. Greece’s ‘partners’ were not prepared to listen to the democratically expressed voice of the Greek people. The pressure on the Greek government to capitulate was immense. And capitulate it did, because any other alternative seemed even more disastrous. As I write these lines, a new austerity-driven, recessionary programme is being finalised; one that neither the Greek government nor the Greek people wanted; indeed, a programme that most respected economists around the world see as doomed to fail. A whole European people were silenced in the name of one conception of financial efficiency.

There are, of course, many aspects to this story and I cannot even begin to touch upon them here. But consider this. What are we to make of the trashing of the decisions of the Greek people by transnational institutions on two occasions, in quick succession? Many argue that Greek democracy does not enjoy priority over other European democracies. Why should, say, the Finnish people have to act on the decisions of the Greeks? It is, of course, right that there is no hierarchy between European democracies and no one ever claimed the contrary. But that the argument is even raised already points to the real problem. Eurozone decisions are deeply redistributive in a way that concerns not only Greek people or each European demos severally but all the people of Europe as a whole. The current institutional arrangements, however, are not appropriate to represent the will of a common European demos. The Eurozone especially is a forum of negotiation between self-regarding parties. One of the upshots of this asymmetry between the substantive character of the decisions and the lack of institutional legitimacy is that the problem is misrepresented as a direct antagonism between European peoples rather than something that is of concern to all Europeans as a body politic.

More optimistic pro-Europeans might hasten to say, political integration is the answer then. Institutionalise the European demos and solve the legitimacy problem by reducing pluralism. No sooner is the idea voiced that we are presented with another conundrum. The project of European political integration, noble as it may be, seems to be, if not dead, then certainly pretty unconscious in the water. This is precisely because of the eroding effects of the chronic lack of an institutionalised European public sphere, where decisions can be made in common and can be filtered through rational democratic deliberation. This has facilitated the development and domination of a kind of discourse in which national stereotyping and false information have not only abounded (it is questionable whether this kind of noise can ever be eliminated from the public sphere), but in fact dominated and have been used in order to create a façade of legitimacy for the decisions of democratically unaccountable transnational organisations (which are dominated by the will of the more powerful nations in the Eurozone).

The Greek issue is just the tip of the iceberg in the Eurozone – or rather European – crisis. And one way of looking at the crisis – indeed a way in which many have already approached it – is through the lens of pluralism. There is still a pressing need to think about how it may be possible politically to reconcile diverse demoi without cancelling them out altogether; how to make sense of transnational institutions, which have developed de facto and exercise practical authority but do not enjoy democratic legitimacy and cannot enjoy such legitimacy in the current circumstances; how to think about social justice across national boundaries. I have no doubt that the contributions to be published in the pages of Inter Gentes will make a significant contribution to this discourse. 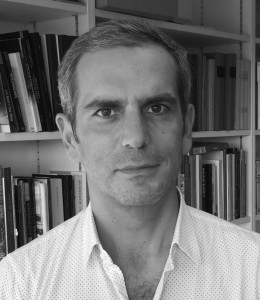 Emmanuel Melissaris is an Associate Professor of Law at the Law Department, London School of Economics. He conducts research in legal and political philosophy and criminal law. He is the author of Ubiquitous Law: Legal Theory and the Space for Legal Pluralism (ash gate, 2009). He is currently working on a monograph entitled Solidarity and Punishment.