By Dr Mark A. Drumbl

Primo Levi’s writing memorializes the day-to-day in Auschwitz.1See e.g. Primo Levi, Survival in Auschwitz: the Nazi assault on humanity, originally published in 1947 as Se questo è un uomo (If this is a man) (New York: Simon & Schuster, 1996). Levi gazes beyond the structural brutality of the camp. His principal subjects are neither guards, nor camp officials, nor the SS, nor Nazis. His principal subjects are the inmates, and he presents them in their many conflicting dimensions. Schepschel, for example, stole from the factory in cahoots with Moischl. But Schepschel then condemned him, and so Moischl was flogged. Schepschel did so because he aspired to curry favor in his quest to become Kesselwäscher – a ‘vat washer’ – with the easier life that such a ‘promotion’ portended. Other inmates were pushed into or (and) sought status as Kapos (‘prisoner functionary’), Sonderkommando (‘special units’), or Prominenz (the ‘prominents’, those holding the highest posts). They, the few, thereby came to exert some authority over the many other inmates. Levi’s work is also preoccupied with how the many stole from each other – the ‘law of the Lager’ (‘camp’), as Levi recounts it, was to eat your own bread and, if possible, that of your neighbor too.

Levi’s writings – along with those of other Holocaust survivors such as Viktor Frankl,2See e.g. Viktor E Frankl, Man’s search for meaning, (New York: NY: Pocket Books, 1963). Ka-Tzetnik,3See e.g. Ka-tzetnik 135633, Bet ha-bubot (The House of Dolls), (Tel-Aviv: Dvir, 1953). and Imre Kertész4See e.g. Imre Kertész, Fateless (Evanston, Ill: Northwestern University Press, 1992). – are populated by many Schepschels. These authors scorn these Schepschels; but all the while refrain from denouncing them, judging them, or locating in their desperate conduct any diffusion of responsibility away from the Nazis. The literary format of their accounts, to be clear, does not oblige them to judge. These authors memorialize experiences that carry great meaning for survivors and which vivify how, in times of atrocity, the divide between victimizers and victims blurs.

International criminal law, on the other hand, tends to eschew permeability. The energy of criminal law is one of finality and disjunctive category: guilty or not-guilty, victim or perpetrator, oppressor or oppressed, right or wrong, powerful or powerless. The criminal law’s status as the iconic manner in which to deliver accountability for atrocity thereby hinges upon a vocabulary that struggles to narrate how and through whom atrocity occurs.

Unlike Levi, Israeli legislators and courts did judge some of the Schepschels. They did so in the 1950s and 1960s in a series of national trials called the Kapo trials. The records of many of them have been sealed; others were destroyed in a flood. Still, enough evidence emerges into the public frame to assess these trials. These proceedings illustrate the spoiled clumsiness that the criminal law experiences in explicating the victim/victimizer divide in Levi’s ‘grey zone’. The murkiness of this ‘grey zone’ became embarrassing and discomfiting when refracted through the lens of the criminal law.

The pursuit of justice, meaning, and transition in the wake of the Holocaust is not self-contained. The variance between Holocaust writing and Holocaust judging – as evidenced in the dénouement of the Kapo proceedings – conveys pedagogic value for transitional reckoning in the wake of other atrocities.

Is the criminal law’s clumsiness in explicating the ‘grey zone’ a congenital condition? The indictment of a former child soldier, Dominic Ongwen, at the International Criminal Court offers a contemporary case-study.5The Prosecutor v Dominic Ongwen, ICC-02/04-01/15, Initial Appearance Hearing (26 January 2015) (International Criminal Court). Ongwen rose well beyond Kesselwäscher – he became a Brigade Commander of northern Uganda’s Lord’s Resistance Army. Kidnapped into the LRA as a minor while walking to school, Ongwen deployed great violence to thrive within its ranks. Regardless, he has suffered crimes for which he now faces charges,6The confirmation of charges hearing will be held at the seat of the ICC on 21 January 2016 (ICC, Press Release, ICC-CPI-20151028-PR1162, ‘’Ongwen case: the confirmation of charges hearing to be held at the seat of the ICC in The Hague’’ (18 October 2015). namely enslavement as a crime against humanity and unlawful recruitment of child soldiers. This renders him unique among ICC indictees.

Child soldiering remains poorly understood. In part, this is because child soldiering is entangled in international law’s categorism of pure victim (the child) and ugly perpetrator (the adult abuser). To be sure, ethnographic work has helped diversify, and thicken, what we know of how and why juveniles become militarized, and what they do once in armed forces or groups. Yet, as I have argued elsewhere, these contributions have not made much headway within the international legal imagination.7Mark A Drumbl, Reimagining Child Soldiers in International Law and Policy (Oxford: Oxford University Press, 2012).

Ongwen’s trial presents as an opportunity to transcend the simplicity of these images and thereby to offer a richer account of child soldiering. Ongwen shatters the binaries in that he is a child, abducted and brutalized, who then became a zealous adult abuser. Yet, as I see it, neither defense nor prosecution has much to gain strategically from the deployment of thick accounts. The defense’s goal ostensibly would be to present Ongwen as an innocent child, so as to ground claims of duress and sentence mitigation. The prosecution is incented to retort by presenting him exclusively as a culpable adult – thereby downplaying the fact that Ongwen had entered the LRA as a child and came of age in such a dismal setting.

One way to drain the zero-sum nature of these incentives is to diversify the venues where accountability is pursued and memory is authenticated. Criminal law could nourish, instead of starve, methodological pluralism. This means cultivating spaces for mechanisms such as truth commissions, reintegrative ceremonies, and reciprocal obligation located in plural legal traditions. To be clear, these mechanisms are not literary in methodology. Hence, another move would be for law generally to recede and encourage plural narratives of how, why, and through whom atrocity occurs and what it is that survivors hunger to remember. This move works if law sees its authentications neither as iconic nor preferential, but as occupying an equal footing with others, including literary, historical, and ethnographic ones. Such a retooling might make it easier to remember times when victims are victimizers, and victimizers are victims, and thereby help memorialize atrocity as it is and not as law conveniently hopes it to be. 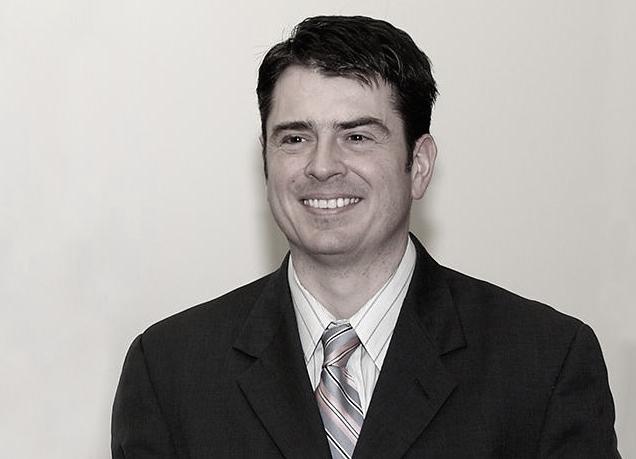 Mark Drumbl is the Class of 1975 Alumni Professor at Washington and Lee University, School of Law, where he also serves as Director of the University’s Transnational Law Institute. He has held visiting appointments and has taught intensive courses at law schools world-wide. His research and teaching interests include public international law, global environmental governance, international criminal law, post-conflict justice, and transnational legal process. His work has been relied upon by the Supreme Court of Canada, the United Kingdom High Court, United States Federal Court, and the Supreme Court of New York in recent decisions.