The Perils and Promises of Pluralism

Legal pluralism is an appealing mantra for the cosmopolitan jurist. It is a progressive creed, extolling the study of multiple normative orders, as a celebration of diversity, rather than a source of despair. It is at once descriptive and prescriptive, a fusion of methodology with ideology, mediating global integration with local knowledge. This sensibility, captured in Canada’s constitutional enshrinement of multiculturalism, is a departure from the “civilizing missions” of the past, exemplified by the residential schools in which generations of indigenous children suffered – what the Truth and Reconciliation Commission called – “cultural genocide”.1Truth and Reconciliation Commission of Canada. Honouring the Truth, Reconciling for the Future, Summary of the Final Report, 2015, at 1.

The application of legal pluralism to international law however, requires some imagination. International law – a fragile and disjointed creature – is hardly a leviathan in need of taming. To the contrary, building coherent laws and basic institutions, the minimalist goal of global governance, is viewed mostly as a heroic struggle against overwhelming odds, to constrain the sovereign power of States with something more than capricious consent to utopian ideals. In this context, legal pluralism may be portrayed pejoratively as the “fragmentation of international law” that – in the words of the UN International Law Commission – conveys the “difficulties arising from diversification and expansion of international law”.2International Law Commission, Fragmentation of International Law: Difficulties Arising from the Diversification and Expansion of International Law; Report of the Study Group of the International Law Commission, finalized by Martti Koskenniemi, UN Doc A/CN4/L682 (13 April 2006) at para 1. The multiplicity of jurisdictions, the proliferation of competing interpretations, the emergence of lex specialis and self-contained regimes, these are viewed more as a necessary compromise, a strategic concession to political reality, rather than a desirable state of affairs. Furthermore, where peremptory norms such as fundamental human rights3A peremptory norm of international law is “a norm accepted and recognized by the international community of States as a whole as a norm from which no derogation is permitted” (Vienna Convention on the Law of Treaties, 23 May 1969, 1155 UNTS 331, art 53 (entered into force 27 January 1980)). Although some fundamental human rights, such as the prohibition of torture, are considered peremptory norms, not all human rights are considered non-derogable under international law. are concerned, the quest for universality is often synonymous with the “demonization of culture” and local traditions.4See Sally Engle Merry, « Human Rights Law and the Demonization of Culture (And Anthropology Along the Way)’’, (2003) 26:1 Political and Legal Anthropology Review 55.

In a rapidly contracting and increasingly complex world, the refuge of homogenous formalism – the disconnect between ideal abstractions and real contexts – is comforting but deceptive.  As an expression of the wider dialogue of civilizations and cultures, legal pluralism is both a moral imperative and inescapable reality, the logos of research in the contemporary age of inextricable interdependence. Legal pluralism, however, does not end merely with detached comparisons of norms and institutions from our vantage point. If we desire a genuine conversation with others, we must appreciate that the culture of “occidental rationalism”5See for example, Max Weber, The Protestant Ethic and the Spirit of Capitalism (New York: Scribner, 1958); Jürgen Habermas, The Theory of Communicative Action: Reason and the rationalization of society, vol 1 (Boston: Beacon Press, 1984) at 218. of which we are part must also be subject to ethical inquiry and epistemological scrutiny. For many on this planet, the identification and internalization of fundamental norms is more inspiration than intellectualization. According to such worldviews, instead of formal laws and sanctions, the “unconscious inhibitions against crime”, the “habitual lawfulness”6See Johannes Andenæs, “The General Preventive Effects of Punishment” (1966) 114:7 U Pa L Rev 949 at 951. underlying a just society, is realized essentially by belonging and community, shame and conscience, continuity and spirituality. This perspective has profound implications for understanding the encounter between differing legal cultures in the inexorable process of global transformation.

Reconciling the global with the local, re-imagining conceptions of centre and periphery, merging the pre-modern with the post-modern, requires an authentic openness to how cultures and traditions outside our own civilization view knowledge and the law. To gain this transcendent view, we must travel far from the shores of the familiar into the horizon of the unknown, before we can look back at a fuller picture, and see from whence we come and whither we go. In this journey of discovery, in search of the treasured “law among peoples,” Inter Gentes, the McGill Journal of International Law & Legal Pluralism, is poised to make a valuable contribution to the exploration of uncharted lands, the mapping of the yet distant pluralist legal mind. 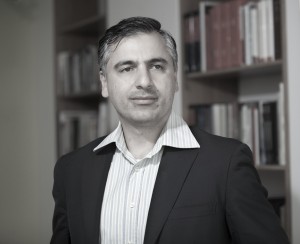 Payam Akhavan is Associate Professor at McGill University Faculty of Law, Visiting Fellow at Oxford University, and the 2017 CBC Massey Lecturer.  He was the first Legal Advisor to the Prosecutor’s Office of the International Criminal Tribunal for former Yugoslavia at The Hague (1994-2000) and also served with the United Nations in Bosnia, Croatia, Cambodia, Guatemala, Rwanda, and Timor Leste. He has also appeared as counsel before various international courts and tribunals, while his human rights work has been featured on CBC Ideas, BBC HARDtalk, Macleans’s magazine, and the New York Times.