Solitary Confinement in Canada and Abroad

On December 11, 2014, the Canadian government rejected calls to limit the use of solitary confinement in federal prisons, stating that such limits would represent a risk to the safety of guards and prisoners.1Josh Wingrove, “Canadian government rejects solitary confinement limits” The Globe and Mail (11 December 2014).  The government’s decision responded to a recommendation of the coroner’s inquest jury in the death of Ashley Smith, which recommended that solitary confinement be limited to 15 consecutive days, and not more than 60 days per year.2Ibid. These recommendations were in line with statements by the Canadian Medical Association,3Douglas Quan, “Solitary confinement is ‘cruel and usual punishment’: Canadian Medical Association”, National Post (17 November 2014). retired Supreme Court justice Louise Arbour,4Sean Fine & Josh Wingrove, “Retired Supreme Court justice Arbour slams practice of solitary confinement”, The Globe and Mail (11 December 2014). and the UN Special Rapporteur on torture.5Juan E Méndez, Special Rapporteur of the Human Rights Council on torture and other cruel, inhuman or degrading treatment or punishment, Interim Report, UNGAOR, 66th Sess, UN Doc A/66/268 (2011). As it stands, there is no upper limit on “administrative segregation”, and it is not subject to external review.6Supra note 4. One in four Canadian inmates spends time in segregation, and of those, one in six is there for 120 days or more.7Ibid.

Solitary confinement is not new, and neither is the knowledge of its negative effects. King George II of England implemented a form of it with regard to convicted murderers in an act that was subsequently repealed by William IV for its severity.8Tracy Hresko, “In the Cellars of the Hollow Men: Use of Solitary Confinement in U.S. Prisons and its Implications Under International Laws Against Torture” (2006) 18:1 Pace Int’l L Rev 1 at 2. Early American experimental penitentiaries used solitary confinement almost exclusively, with the intention that criminals should have the solitude to reflect on their wrongdoings, and to enter into closer contact with God.9Elizabeth Vasiliades, “Solitary Confinement and International Human Rights: Why the U.S. Prison System Fails Global Standards” (2005) 21:1 Am U Int’l L Rev 71 at 73. It was quickly evident, however, that the actual results of prolonged segregation were more malevolent, leading Alexis de Tocqueville, visiting such a prison in 1826, to state: “This experiment … devours the victims incessantly and unmercifully; it does not reform, it kills.” 10Ibid. By 1890, the U.S. Supreme Court had officially recognized the extent of psychiatric harm caused by solitary confinement.11In re Medley (1890), 134 US 160. And, in 1933, Canada officially restricted the use of solitary confinement as a disciplinary practice to three days.12Michael Jackson, Prisoners of Isolation: Solitary Confinement in Canada (Toronto: University of Toronto Press, 1983). Prison regulations make a distinction between disciplinary segregation and administrative regulation, but since the latter is not open to external review, the difference is little more than rhetorical.

The government’s approach to solitary confinement, then, seems problematic in the eyes of history, science and justice. But how have other countries fared in this regard? Has a solution been found in the attempt to reconcile the fundamental problems of solitary confinement with the need for prison security?

German statute permits solitary confinement only when it is deemed indispensable, and even then, restricts it to three months a year.13“The Inhumane Practice of Solitary Confinement” (11 April 2013), BloombergView (blog). The British system is closer to Canada’s, relying largely on the discretion of individual prison administrator, but its use remains relatively rare.14Elisa Mosler, “Solitary Confinement in Great Britain: Still Harsh, But Rare” (19 January 2012), Solitary Watch: News from a Nation in Lockdown (blog). In France, the use of solitary confinement is subject to judicial review, both on its initiation and at thirty-day intervals thereafter; however, prison authorities often disregard these rules.15Ramirez Sanchez v France [GC], No 59450/00 [2006] IX ECHR 82. Notably, the French government has proposed the use of solitary confinement on large numbers of potential Islamic radicals, in the wake of the January 7 2015 attacks in Paris, “‘Jailed radicals must be in solitary confinement’”, The Local FR (12 January 2015). All E.U. states are, in fact, subject to review under Article 3 of the Convention for the Protection of Human Rights and Fundamental Freedoms, but again, the application of that article may leave something to be desired.16Ramirez, supra note 15. Denmark, in particular, uses solitary confinement liberally.17Morton Nielsen & Pedro Spivakovsky-Gonzalez, “Solitary Confinement: a Threat to Denmark’s Credibility” Humanity in Action (blog).

In 2003, Japan implemented a 60-day limit on solitary confinement, although conditions during confinement remain overwhelmingly strict.18Bunji Sawanobori, “Reforming Administration of Prisons in Japan: Human Rights and Japanese Prison Law” (2006) 69:1 Saskatchewan L Rev 143 at 156. In Chinese prisons, solitary confinement is an accepted punishment even for minimal misbehavior, although it is theoretically limited under law to 15 days.19“Solitary Confinement in the US and China” (24 August 2012), Dui Hua (blog).

The United States, meanwhile, has pioneered the practice of permanent solitary confinement in its “supermax” prisons, such that an estimated 80,000 people were in solitary confinement in the US in 2000.20“FAQ” Solitary Watch: News from a Nation in Lockdown (blog). Shane Bauer, who spent 26 months in Iran’s notorious Evin Prison, points out that in some ways conditions in American prisons are actually worse than those he faced: he had a proper mattress, a window, and limited access to a phone.21Shane Bauer, “Solitary in Iran Nearly Broke Me. Then I Went Inside America’s Prisons” Mother Jones (November/December 2012).

It would appear that global approaches to the problem of solitary confinement vary significantly, yet most countries are far from achieving compliance with the UN Special Rapporteur on torture’s proposed moratorium on any isolation lasting more than 15 days.22Supra note 5. If Canada can find ways to comply, it could serve as a progressive example of how states can avoid the systematic torture of their own citizens. 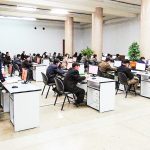 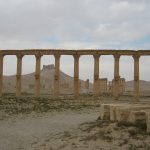 When Cultural Property Becomes a Tool of Warfare: An open conversation with Helga TurkuEditorial