When Cultural Property Becomes a Tool of Warfare: An open conversation with Helga Turku

On November 20th, Dr Helga Turku, who authored a piece in our second issue “When Cultural Property Becomes a Tool of Warfare: Law, Politics, and International Security,” spoke with us via Skype on “Cultural Property as a Weapon of Warfare.”

Dr Turku talked about the purposeful destruction of cultural property in Iraq and Syria by ISIS. In the short term, this behaviour can be explained as an activity to disseminate the militant group’s message and recruit, as well as being a significant source of income. In the long term, the objective is to wipe out any trace of culture, art and religions not in line with ISIS’ world view, and to directly threaten security in the region and beyond.

There has been international response to this issues, since under international criminal law, unlawful attacks against or appropriation against cultural property are considered war crimes. In 2016, Al Mahdi was successfully tried at the International Criminal Court and convicted of “intentionally directing attacks against buildings dedicated to religion and historical monuments” for attacking mausoleums and mosques in Timbaktu.

Dr Turku concluded by discussing the outstanding issues at play as well as options to rebuild and preserve. For instance, other extremist groups have used similar techniques in attacking religious sites, museums, and libraries in Egypt, Libya, Tunisia, Yemen and Mali. The antiquities black market is a global problem as verifying where antiquities originate from is difficult and the market is worth a billion dollars. Beyond the continued destruction of cultural property, what should happen afterwards? Should reconstruction using 3D technology be undertaken, what about Amnesty programs and repatriation?

Above is the audio of her presentation and we would like to open the discussion up to our readers to participate and have included some questions to continue the dialogue : 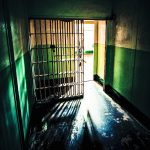 Solitary Confinement in Canada and AbroadEditorial